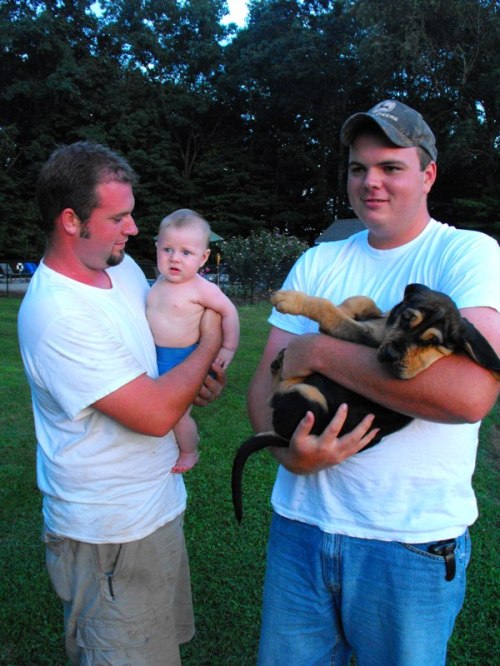 My brother, Nathaniel, got a new puppy! He’s an 8-week-old bloodhound, and he just so happens to weigh same as Joshua (held by my brother Jonathan in the photo above).  What follows is a transcript of Dukie’s reaction to the new puppy… 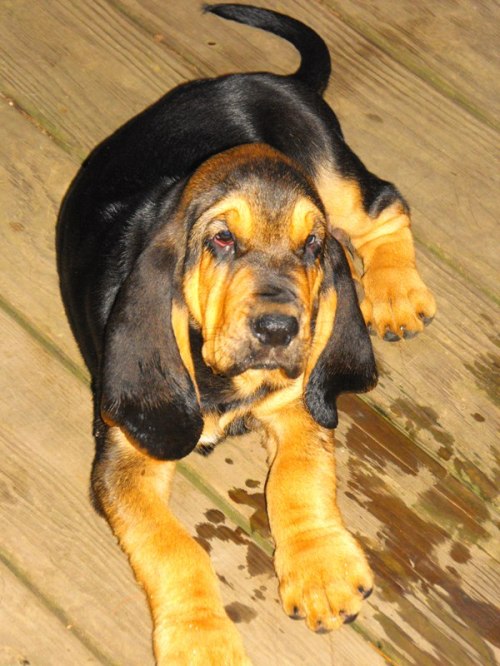 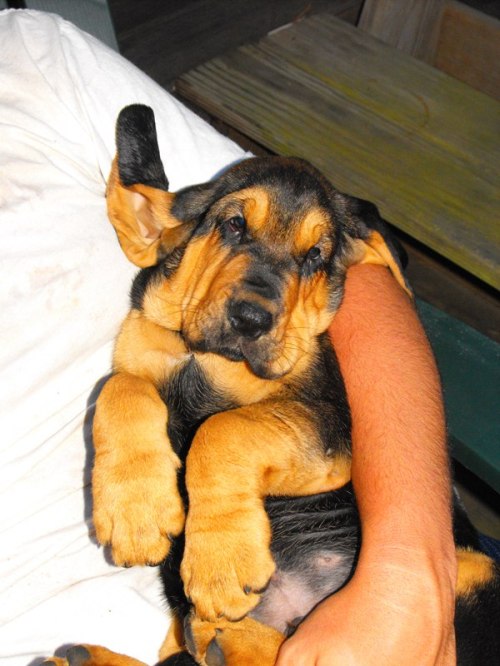 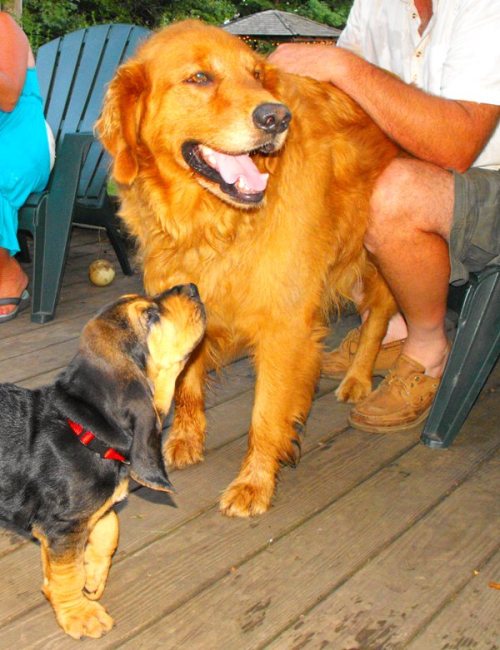 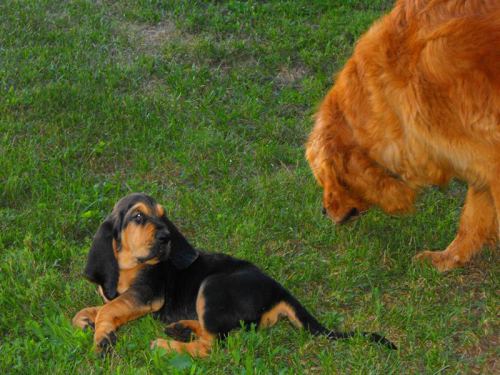 Listen kid, around here we all pull our own weight. I’ve got the perfect job for you… 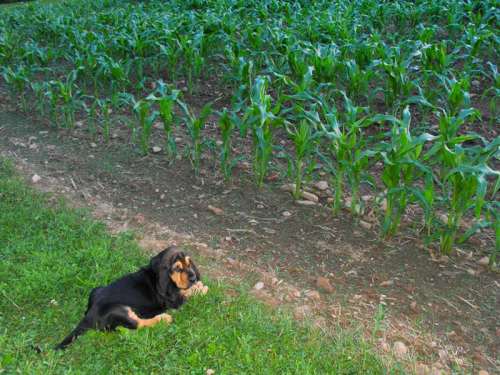 Do I have to guard the corn all night? Wait, I smell something… 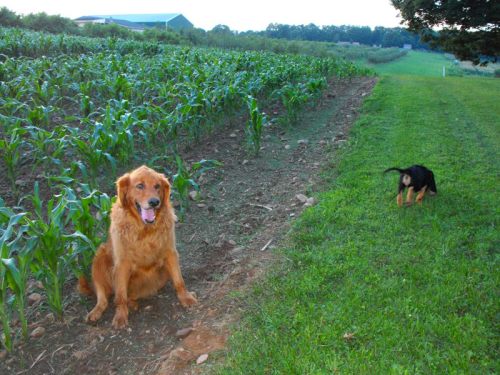 This kid’s got a lot to learn.

Filed under Local Agriculture, Outside

I tend to write a lot about the animals on my family’s farm, but today we got to visit with the animals from Ed’s side.  We saw the meat chickens: Cornish Rocks that are growing so fast! We also visited the Scottish Highlander cows and saw Jed, a mini Australian Shepherd. 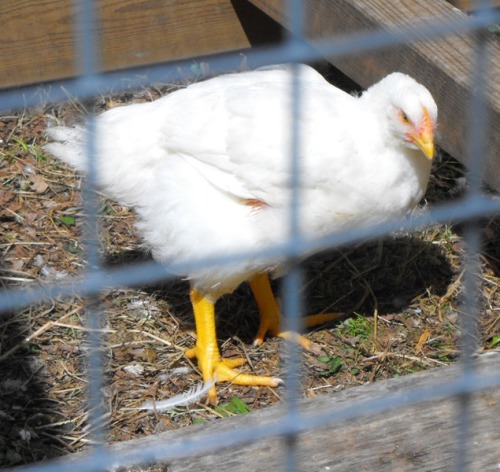 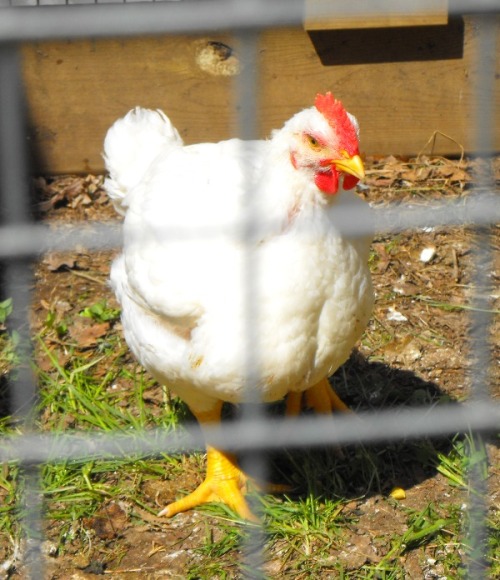 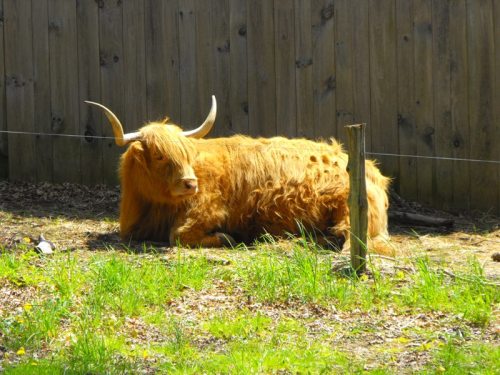 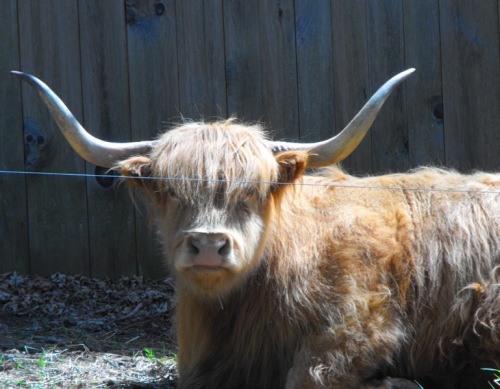 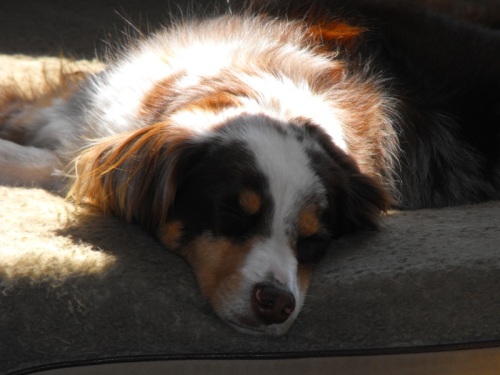 Filed under Local Agriculture, Outside 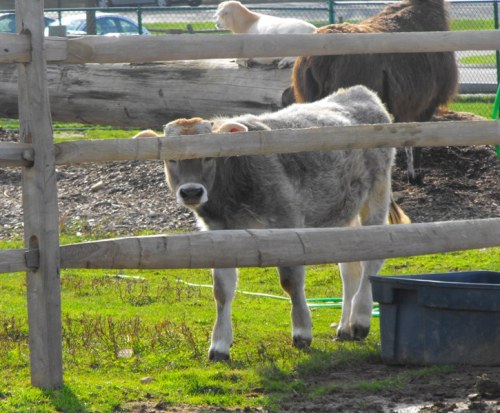 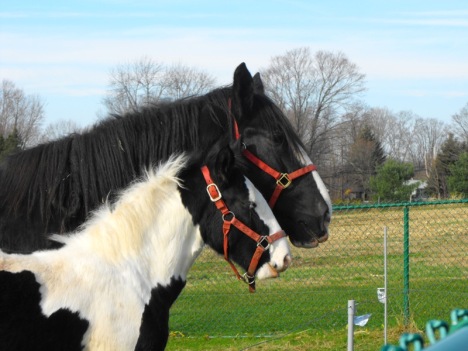 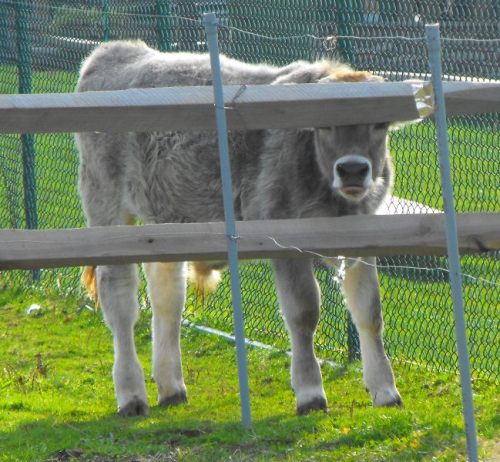 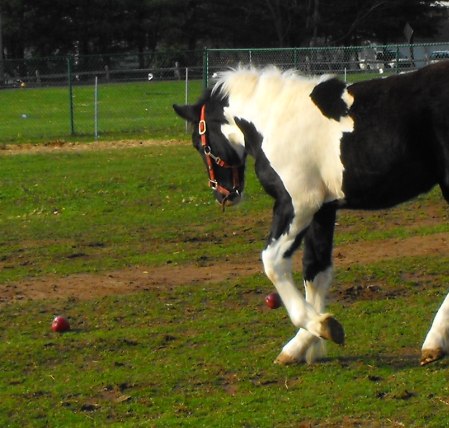 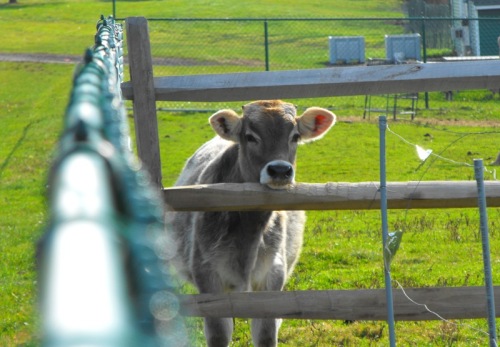 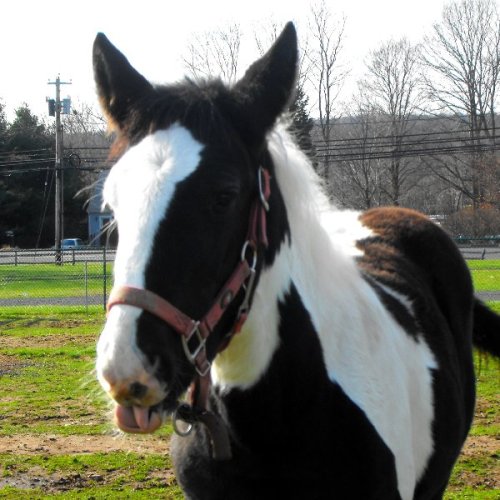 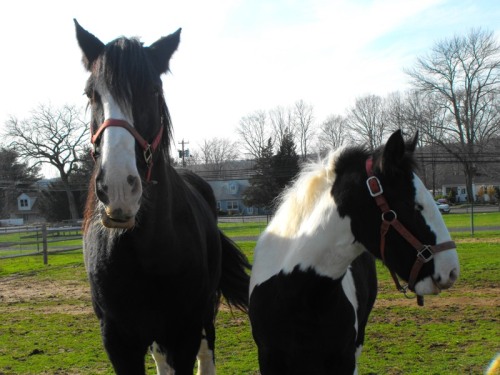 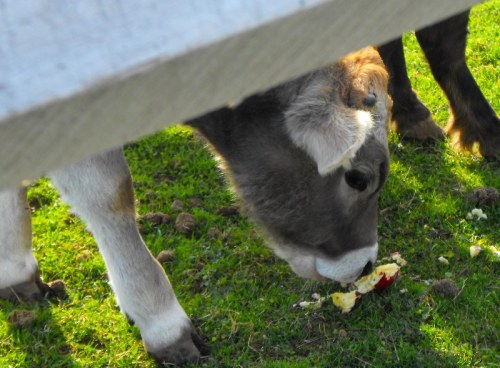 And they all lived happily ever after.  The End!

While Bill and Eddie aren’t in top condition, they’re hanging in there!  I visited both of them this afternoon. 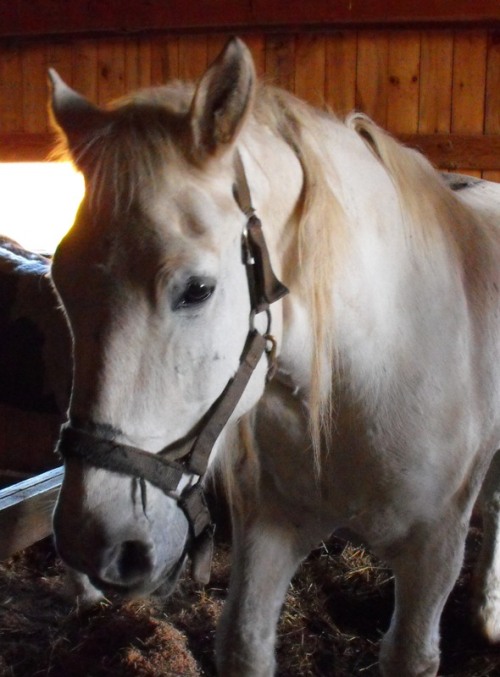 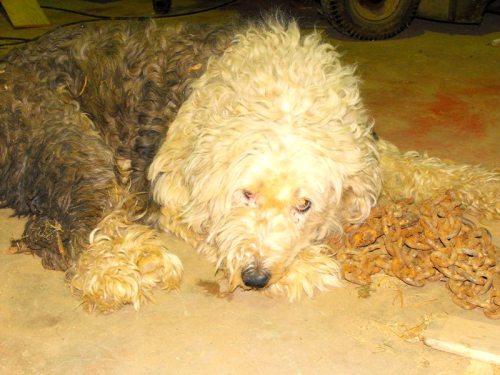 I love that Eddie’s using a rusty chain for a pillow here.

We’ve got two animals on the farm that aren’t doing so well.

Eddie the sheepdog is showing his age.  He has a hard time getting up, and his back legs are really weak.  He barks for no reason, constantly, making us think he’s senile.  He’ll growl and bite when you try to help him up, and he’s having some digestive issues.  Eddie’s about 13 years old.  I think we could best describe him as a grumpy old man, but the lovable kind. 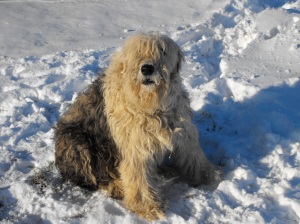 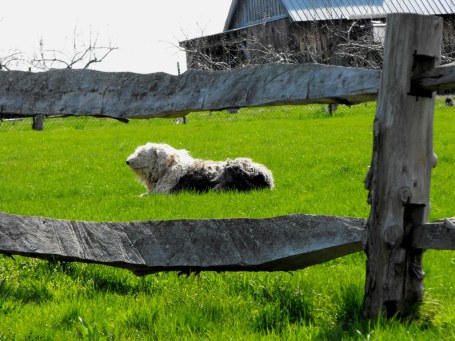 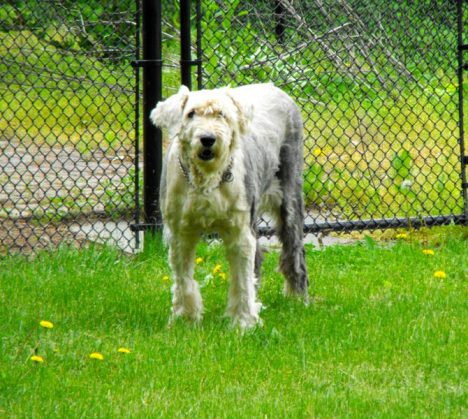 Bill the Percheron draft horse isn’t doing well either.  He has had tumors for a few years now, and in the past week or so he’s started acting strangely.  He lies down a lot, which he never does.  He doesn’t eat his grain, and he even had some convulsions last night.  Today, he seemed to be off in his own world when I went to visit him.  I’m guessing he’s about 18 years old, and there’s not really anything we can do for him except make him comforatble and let him spend time with the other horses.  His teammate Vinny lives in the pen with him, and Annabelle and Isabelle are right next door.  Yesterday, I went to visit him and they were out to pasture.  It was a beautiful view of Bill lying on the hill, the sun setting through the old maple tree on the horizon.  I didnt’ have my camera, but I’ll never forget how pretty it was.  Here are some other pictures of Bill. 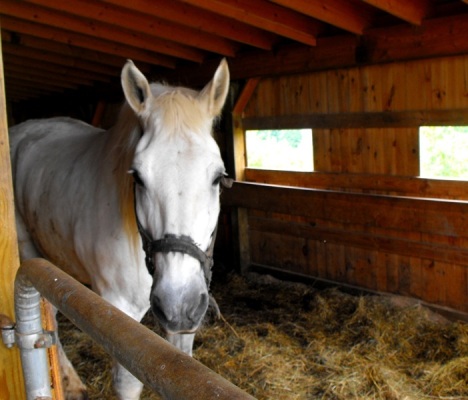 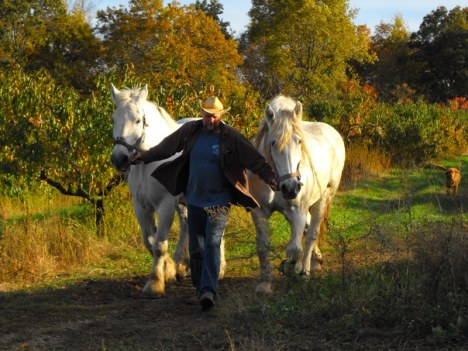 Bill’s on the left 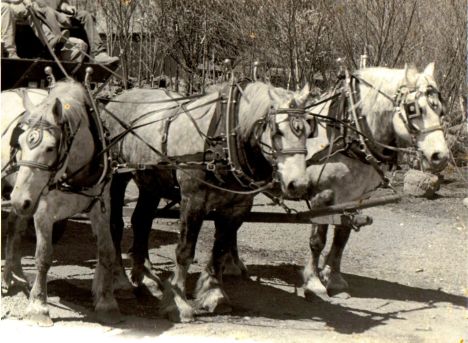 While I’m hoping that both Eddie and Bill will make full recoveries, I know that’s unlikely.  Growing up on the farm, I learned that death is a part of life.  While I’ll certainly miss these animals when they’re gone, I take comfort knowing that they had long, happy lives here with us.  We love them, and they love us back. 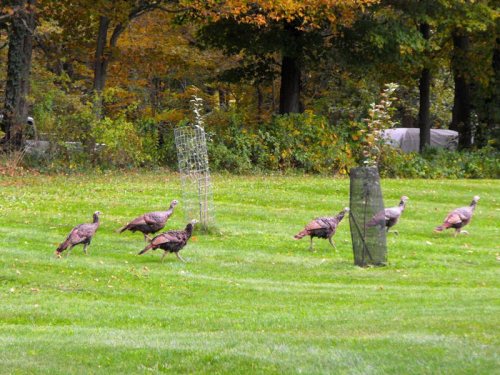 The wild turkey chicks we spotted in the spring and enjoyed watching grow up over the summer are now huge! Here they are today walking around our little apple trees.  How’s the wildlife in your area?

Filed under Home, Outside