We took a gorgeous cruise around the Thimble Islands on the first evening of fall. We couldn’t have asked for better weather, companions or views. 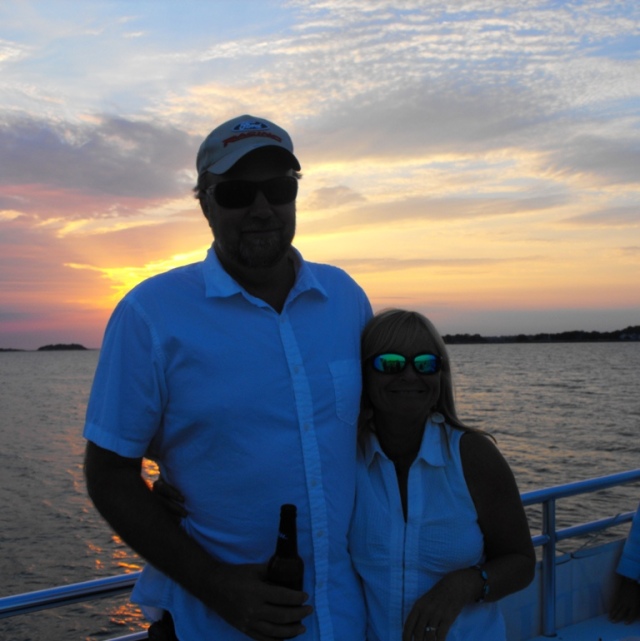 Thanks to my Mom and Dad for organizing the trip! (And to my in-laws for watching Joshua!)

My grad class spent today on Outer Island, which is one of the Thimble Islands.  We did a whole bunch of data collection, but I also had a chance to take lots of pictures. 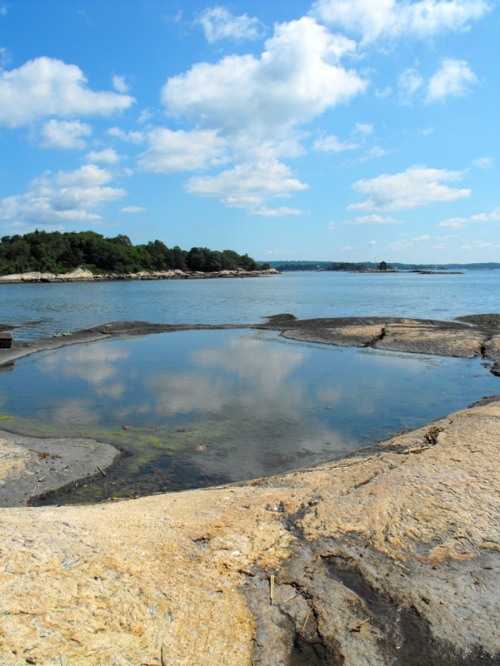 Here’s the tide pool that my group monitored throughout the day.  It reminded me of an infinity pool.

The tide was coming in while we were there.

The Thimble Islands are granite, and are therefore more stable than many other islands in Long Island Sound.  This pink rock is known as Stony Creek Granite. 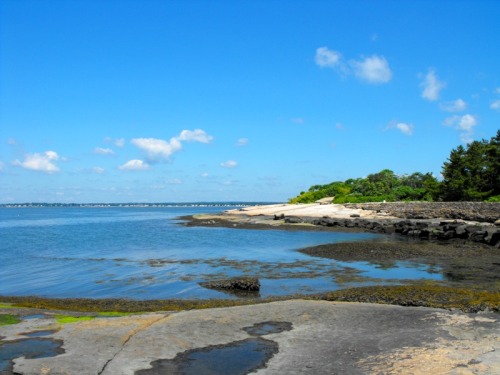 Outer Island is about 5 acres, and is the only Thimble Island used for research by Connecticut State Universities and Yale.

I couldn’t resist snapping a picture of this boat sailing by us. 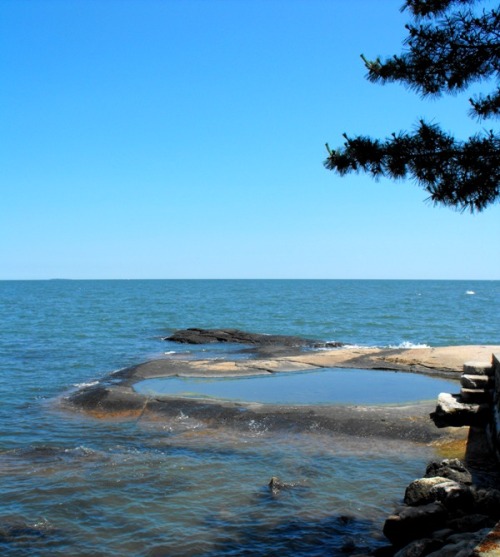 Here’s our tide pool again, from a different angle. 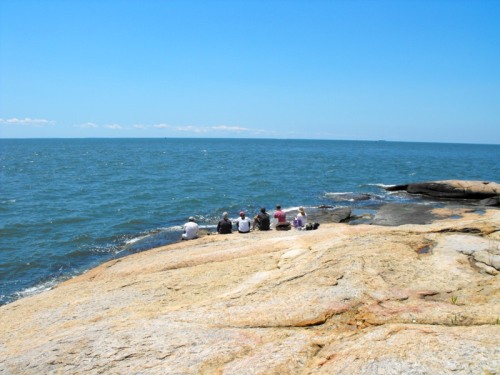 Although it was a busy day, we still had some time to relax and take in the scenery.  I love this class!

Filed under Outside, Sustainable Living

Sediment Sampling in the Sound

We took a boat from the Sound School, a public/magnet high school in New Haven that has a focus on aquaculture and marine studies.

Here’s their boat, the Sound Rover.

Here’s part of the Sound School.  It’s built right on the water with its own pier. 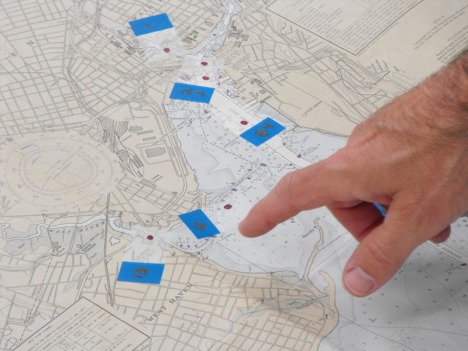 We selected sampling locations on a map of the harbor.  We tried to cover areas that we suspected to be especially contaminated, as well as areas that we hoped would be clean.  In the lab, we plan to test for iron, copper and zinc.

One of the areas we chose to sample was under the Quinnipiac Bridge.  We expect to find contaminants here since I-95  is right above. 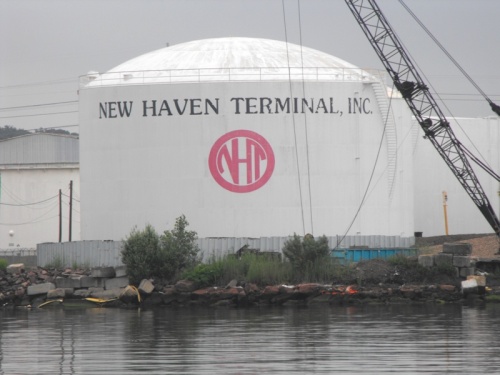 We also sampled the sediments near the terminals, where petroleum and other materials are emptied from huge boats.

Here’s an oil tanker.  Other areas we hypothesize will be contaminated are near a wastewater plant, storm drains, a marina, and a dredged area. 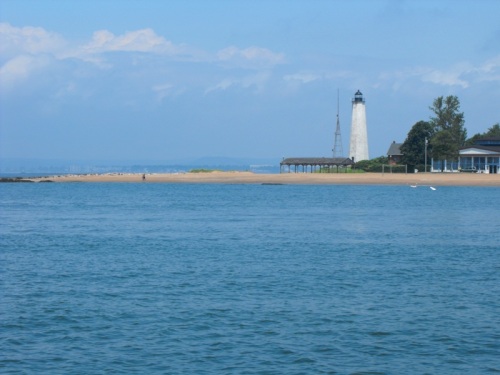 Here’s lighthouse park, an area that we hope will have little contamination.  We’re also hoping the commercial oyster beds we sampled will be clean, as well as the area outside the breakwaters. 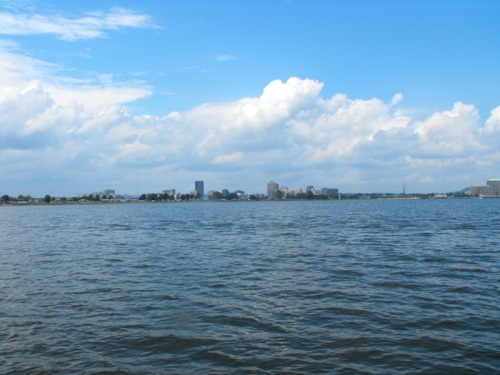 We used this ponar grab to sample the sediments at the bottom.  Metals settle out of the water into the sediments, which is why we’re not testing the water.

Here’s one of the sediment samples that we collected.  You can see the distinct layers in it.  We had to be careful to clean everything thoroughly between sampling to avoid cross-contamination. 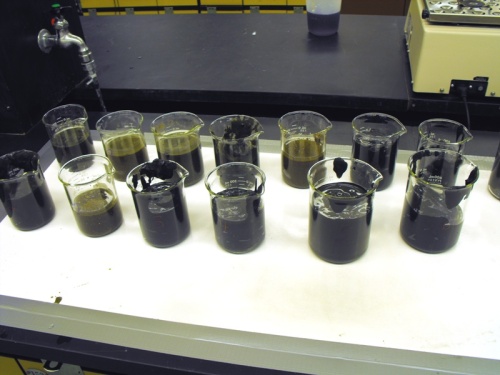 Back in the lab, we prepared the samples to go into the drying oven over the long weekend.  When we return to class on Monday, we’ll begin to test for iron, zinc and copper.

Filed under Outside, Sustainable Living

Snapshots of a Saturday

Ed and I had a busy, eventful day.  We started by spreading manure in our flower gardens this morning.  We then headed over to his parents’ house to help his brother put the two clamming boats in the water.  I’m writing a paper on aquaculture for my class on Long Island Sound, so I brought my camera along.  After getting both boats in the water and taking a tour of a few clam lots, we headed over to my family’s farm to drop off some sawdust for Annabelle’s bedding.  Then we visited my dad and brothers at two of the houses they’re building, got a tour of the houses and property, and visited with the owners.  Finally, we headed back to my parents’ house to celebrate my brother Nathaniel’s 20th birthday and see my mom, who just got home from a math teacher’s conference in Washington D.C.  When I got back home and examined my pictures from the day, I realized what a huge variety of things we’d done today.

An old clam caught in the aquaculture netting

Chris gets his boats ready for the new clamming season 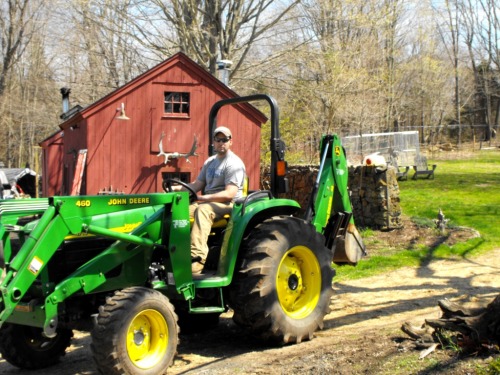 Ed drives the tractor any chance he gets 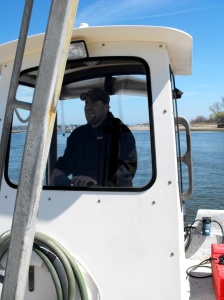 Chris drives the “Melissa Louise,” which is named after his wife 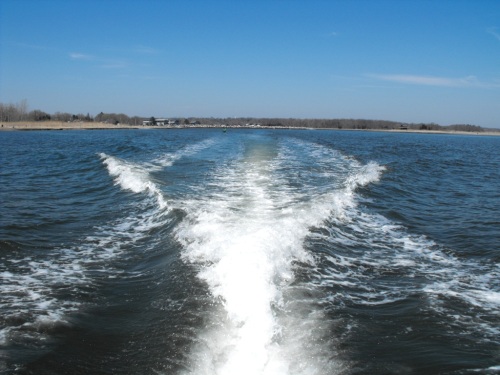 Peach trees in bloom at my family’s farm 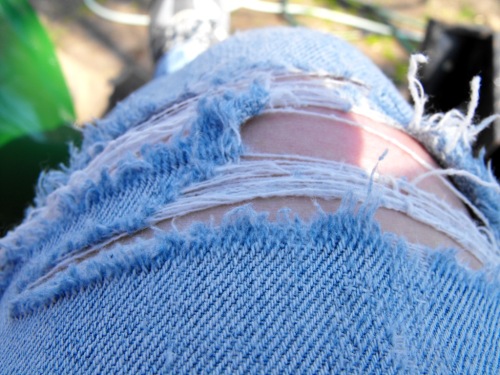 The hole in the knee of my jeans.  By the end of the day, I had a hole in the other knee, too.  I plan to cut these jeans off and turn them into shorts (or maybe a skirt?) this summer.

How did you spend your Saturday?

This chapter details the role of nitrogen in the Sound, as well as the consequences of too much nitrogen.  I found the discussion of salt marshes to be particularly interesting because my father often speaks of making salt hay in Stony Creek when he was a child, but my family no longer keeps up that tradition, so I did not know much about salt marshes.

The amount of nitrogen flowing into the Sound has risen dramatically.  “Four centuries of ever-increasing development and population had swollen the Sound’s burden of nitrogen to 91,000 tons per year, a 128 percent increase over the estimated 40,000 tons that flowed to the Sound before European settlement.  The additional 51,300 tons of nitrogen included 29,600 tons from sewage plants and factories, and 8,800 tons from storm water runoff.”  The effects of eutrophication began to be evident as oxygen levels decreased, but unfortunately the hypoxia was largely ignored, until repeated crashes that seemed to occur in August.  In 1973, the National Marine Fisheries Service found that “compared with 1972, there were 86 percent fewer benthic animals and 55 percent fewer benthic species.  In other words, almost nine out of ten individual animals, and more than half of all the kinds of animals, were wiped out.”  Such large effects on the populations in only a single year’s time are simply terrifying.

The overall message that I got in this chapter was the need for an effective way to remove nitrogen from wastewater.  While nitrogen will runoff from many different places, I believe that focusing on the wastewater treatment plants will be a good start.

The Brink of Disaster

My blue-collar roots made the story of John Fernandes resonate with me.  Being raised on a farm myself, and marrying into a fishing family, I can only imagine how heart-breaking and scary it was for Fernandes to pull up what he thought would be 300 pound worth of lobsters to sell, and instead finding that they were all dead.  As Phil Briggs from the New York Department of Environmental Conservation said, “They’re fearful for their livelihood right now, and I don’t blame them.”

Researcher Barbara Welsh lays out the scenario that as the western parts of the Sound became hypoxic, the lobsters, fish, and other mobile animals migrated eastward, in search of oxygen.  So while western lobsterman like Fernandes weren’t catching anything, there were record catches toward the middle and east of the sound.

Anderson goes on to describe that 90% of lobsters in the Sound are caught when they reach their legal size, so it is important to the survival of the species that they are able to reproduce before being caught.  He also describes the many illegal measures that lobstermen will take, including territoriality, keeping shorts in underwater cages, scraping the eggs off females.  The consequences for getting caught are high, including losing your license.  I am friends with some commercial lobster fishermen who live on a little island in Maine.  The older lobstermen tell tales of territoriality in their early days, and they all talk about getting buoys getting cut and losing pots, people hauling someone else’s pot, and boats getting sunk.  Even in the last five years, a man that I know had his boat sunk when he moved into a new town.  Their description of protecting the lobster population is more encouraging: females with eggs have their tails notched, and in Maine it is illegal to catch a lobster with a notched tail, since it is known that she is a breeding female.  This is the type of management that I would like to see in the Sound.  However, there are decreasing yields of lobsters in Maine as well, and the prices have also dropped, making, as Anderson describes, a man work much harder for the same amount of money.

Back in Connecticut, we see fisherman continuing to leave the business, selling or losing their boats, just as we see farming families selling or losing their farms.  I am hopeful that new methods of aquaculture and a better understanding of the impact of human activity as well as ecological influences on populations will lead to more sustainable management of the Sound’s fish and shellfish, both for our own benefit and the health of the Sound.